Last year at this time we were in the final stages of a first NYS Equine Industry Policy Priority Survey. I am back now to share the results and provide an update on how the information has already been used to advance some of the equine industry priorities that were identified from the survey results.

Three top priorities in the survey included: Improving equine welfare; passing inherent risk legislation; and recognizing equine as important to agriculture. The data collected through the survey has been useful in helping the industry make advancements in each area this year. An overview of each follows.

Equine welfare: The Governor recently signed into legislation a bill (led by Assemblyman Magee and Senator Ritchie) that will provide training for law enforcement officers regarding animal cruelty and protection laws. The bill “would require that the NYS Department of Agriculture and Market, in coordination with the NYS Division of Criminal Justice Services to develop training and ensure that materials regarding the state’s animal cruelty statues are made readily available to law enforcement agencies and prosecutors. This will help to enhance investigation, enforcement, and prosecution of cases of animal cruelty and abuse” (nyshumane.org). “Farmers take the well-being of their animals seriously. When abuse happens anywhere, it is important for our law enforcement officers and district attorneys to be able to recognize it and prosecute fully according to the law… this bill [will] clear up confusion that may exist surrounding animal cruelty statutes that are currently found under Agriculture and Markets Law.” (New York Farm Bureau Press Release). All involved have commended Assembly member Magee and Senator Ritchie for their leadership in this important piece of legislation. Link to NYFB article on the bill passage: http://nyfb.org/resources/NYFB_Applauds_Signing_of_Animal_Cruelty_Education_Bill_764_resource.htm

Inherent risk legislation: Assemblyman Magee and Senator Ritchie continued their efforts and the survey data helped to increase pressure on other elected officials to support Equine Activity Liability Statute (equine inherent risk) bills. Additional co-sponsors signed onto the bill in both the Assembly and Senate and while the legislative session closed again this year without passage of a law, an increased numbers of individuals contacted their legislators and media have begun to pay more attention (see link below for an August article in the Blood Horse). Link to article: http://www.bloodhorse.com/horse-racing/articles/93609/panel-need-for-equine-liability-law-in-ny

The NY equine industry is poised to make a sustained push to get this passed in 2016, but it will take a very strong collective effort to make this happen. You can start now by sending an early e-lobby letter to your legislator (see link below) and then be ready to contact your legislator again when the legislative session begins in 2016. They must hear from us every year on this topic and the contact must be direct from each of you in order to have a real impact – petitions show ‘numbers’, but legislators actually vote based on the opinions of the constituents in their district and they have to be contacted directly by those in their district. Writing letters, making phone calls, and meeting directly with your Assemblyman and Senator is critically important and given the time and energy that takes, the New York Farm Bureau has created a very easy way for ALL of us (not just NYFB members) to contact our legislators through an on-line ‘e-lobby’ letter that will go directly to your legislator. If this really is a top priority and as important as we say it is, then we need to do this now and again at the beginning of each new session, until it is passed. We won’t be successful unless we all join together and do this. Let’s make it happen in 2016.

Equine as an important part of Agriculture: Perhaps the most surprising finding from the survey was the high number of survey respondents that felt that equine IS very important to agriculture while, in contrast, the low number of respondents that felt equine was recognized as important to agriculture. The NYS Dept. of Agriculture Commissioner, Richard Ball, heard this loud and clear and has been working with a newly formed NYS Equine Industry Coalition on ways to change this perception. Equine is now included in the Pride of New York promotion and marketing campaign and the 2015 NYS Fair featured an “Equine Avenue” exhibit that included an early roll-out of a ‘Saddle Up, NY’ marketing campaign which highlights the importance of equine to NYS agriculture (see the Saddle Up, NY Facebook page.).

If you own or board horses bred or foaled in NY you can join the NYS Pride of New York Marketing program (it’s free!) by filling out the form found at this link:

http://www.prideofny.com/PONY/pdfs/Pride%20application%20rev%209-19docx_distributed.pdf%20-%20Adobe%20Acrobat%20Pro.pdf. The form has not yet been updated to include ‘equine’ in the product category so write in ‘equine’ in the ‘other’ product category and check that the products you are intending to promote are ‘grown in NY’. Stay tuned for more information and updates!

My thanks to all who participated in the survey as well as the industry supporters that made the project possible. Please feel free to share this with individuals and groups who you feel would be interested in this information.

If you are interested in viewing the full survey results, they can be found at the following link: http://cjcadventures.com/ny_equine_industry_policy_priorities_survey 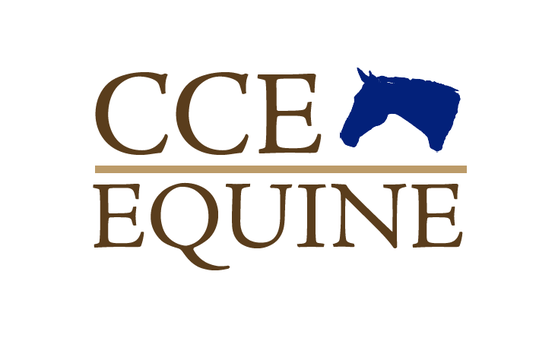